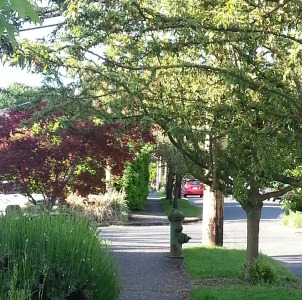 I am not a meditator, but yesterday I found myself  having the opportunity to practice a form of walking meditation that had occurred spontaneously to me many years ago.  I had decided to take a brief walk in my neighborhood. As I began the walk, I realized I was entering an altered state of consciousness. Strange as it may seem to those of you who are reading this post, I decided I would allow my feet to decide where I would go.

As I looked down the street, my vision became more and more tunneled.  I had the sense I was entering a long walkway covered on the sides and above by flowering trees.

At the end of the block, my feet turned to the left and then walked up to a neighbor’s garden. I really enjoyed looking at the variety of vegetables that were growing there. After a moment, my feet started walking again. My gaze fell on a variety of purple flowers and my feet automatically walked over to them, stopping at each one.  I gazed at them with my meditative eyes taking in the beauty.

Next, my feet turned into an alley. I walked by the house where the dog that bit my hand last week lives. He was in the yard, luckily behind a fence. It was the first time I could really see what he looked like. I only stood there long enough for us to look at each other eye to eye for a moment. At the end of that block, my feet turned to the left. They slowed so I could have a good look at another neighbor’s roses.

I continued on. My feet soon turned to the right which led me to a path in the Cheasty Greenbelt.  I knew that this was going to continue to be a beautiful walk.

Throughout this journey, the nature of my gaze had changed from time to time. At first, I was looking far down the street. For a good part of the journey, however,  I pulled more and more inside myself.  At those times, my gaze shifted to just a foot or so ahead of me. I just let my feet and my body do what they wanted to do (I knew, of course, that I had veto power, but I didn’t use it.).

When I left home, I had planned to be gone only about 15 minutes, but the walk had already been considerably longer than that. I wondered if I would be taking the entire Cheasty boulevard loop. Then, all of a sudden, my walking slowed tremendously.  Without notice, I turned around and started walking the opposite direction, back towards my home. My energy was still very inward at that point.

I walked for a bit, and then turned to find myself standing in front of a plant that had big elephant ear type leaves. As I gazed at the biggest leaf, I went deeper and deeper into a meditative state. I stood silently watching the leaf blowing in the wind. After standing in that one spot for several minutes, my feet started walking once again. Next the fingers of my left hand started making light circles on my right hand, the area that had been bitten by the dog. I had a sense that these were healing movements. It felt good.

All of a sudden a crow was above me and started cawing loudly. I said “Hi काकः (kaakaha)”-  crow and  “त्वं पष्यामि (tvam pashyaami)”- I see you. ( I’ve been taking Sanskrit lessons for awhile.) The crow continued to fly in front of me.  He perched in one tree after another, and then called down to me from each one, or at least that is what it felt like. After about five minutes the crow flew away. By then, my consciousness had returned to a normal state.

The next morning, I retraced my steps from the previous day so I could take pictures of the places I had stopped on my journey.  If you click on a picture it will become a slide show.) 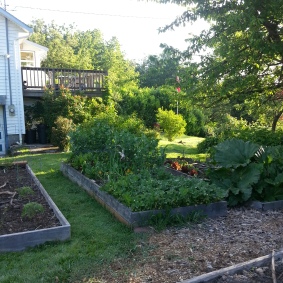 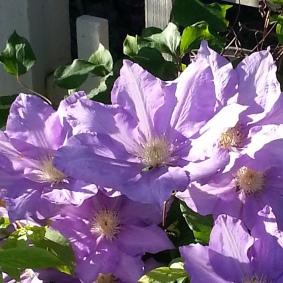 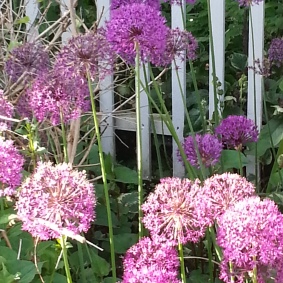 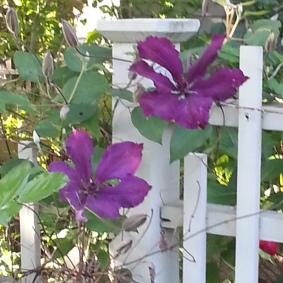 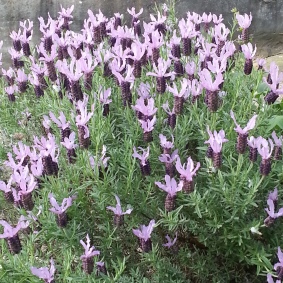 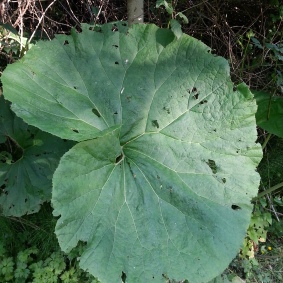 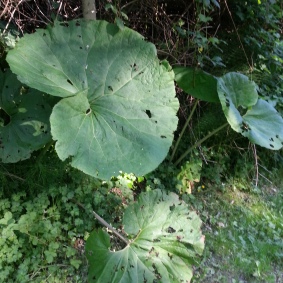 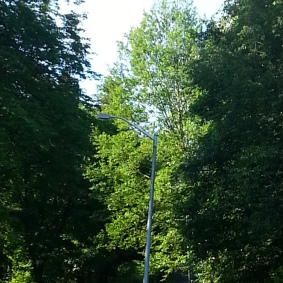 At some point, I glanced across the street and saw a big purple rhododendron tree.  I decided I would stop and take a picture of that tree on my way back home.  Later, when I turned around after having taken the picture, I discovered a crow was standing in the road in front of me.  I had forgotten about taking a picture of a crow!  Of course, by the time I readied my camera, the crow was gone. Attempting to get a crow picture became quite a game of cat and mouse.  Eventually, I decided to let go and let the process unfold.

Just as I was about to leave the Cheasty Greenbelt, I saw something amazing.  Ahead of me, there was a crow sitting on the Cheasty Greenbelt sign!  He let me get within six feet of him, taking pictures as I walked slowly forward.  Then he flew away, giving me the opportunity to take a final picture.  What a wonderful ending to my Spirit Journey. 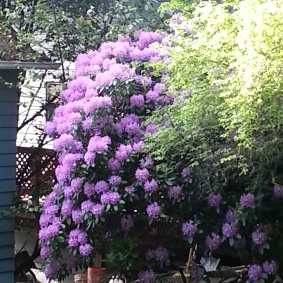 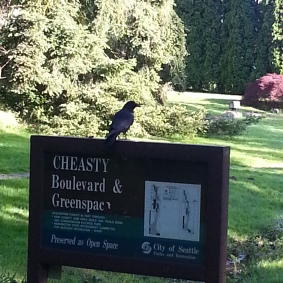 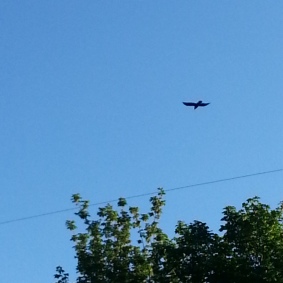 Written for the Word Press Weekly Challenge: Blog Your Block

22 thoughts on “My Spirit Led Journey”