When I saw the Weekly Photo Challenge was to take a picture of a sign, I knew exactly what picture I would take.  Last week, I felt stunned when I passed a huge cannabis billboard.  It was my understanding that billboards advertising alcohol and tobacco were illegal.  How could a billboard advertising a recreational drug be acceptable???????  It made no sense to me. 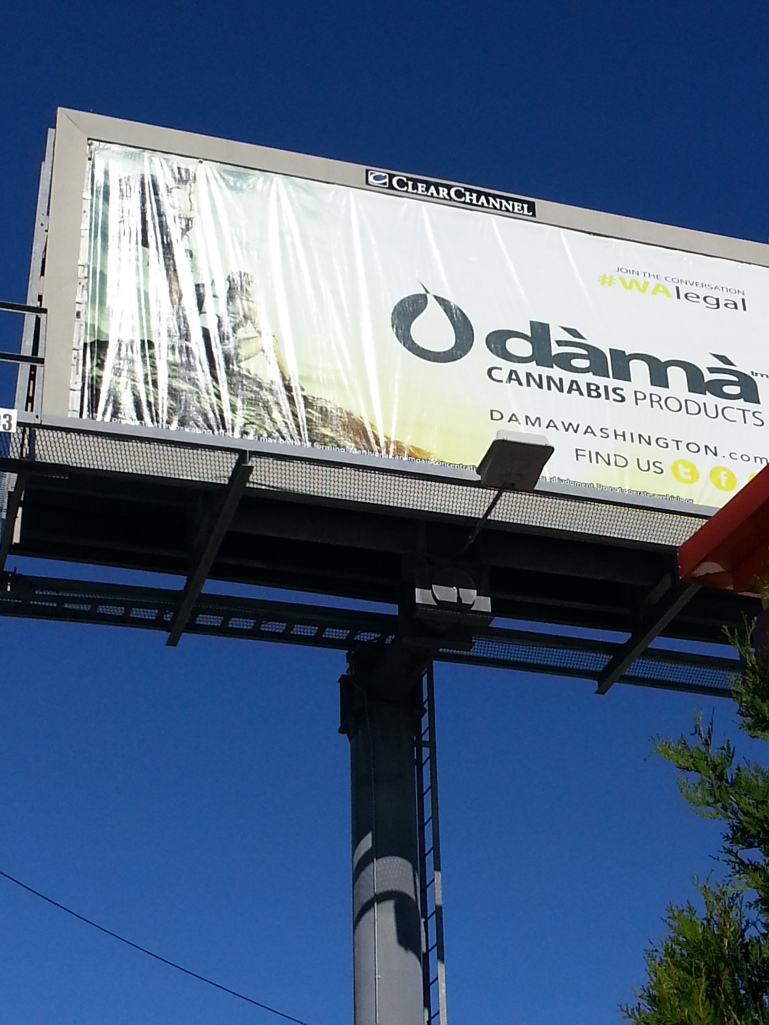 I decided to investigate by contacting a billboard company.  The owner of the company told me that alcohol billboards are allowed as long as they are 1,000 feet from schools, parks and churches.  Tobacco billboards are illegal due to Federal regulations, but billboards for E-cigarettes are fine.  He told me that there are no legal restrictions on cannabis billboards.

He went on to say that he would love to have some cannabis billboards and offered to send me a Media Kit!  I assured him I was not asking these questions for the purpose of advertising pot.

I investigated the situation further and learned that the owner was wrong about there being no restrictions.  A 2012 Washington State initiative prohibits cannabis billboards from being near schools, churches or cemeteries.

Last week on the radio, I heard that the number of teenagers being stopped for driving under the influence of cannabis has risen dramatically since pot was legalized.  I tried to track down the source of that information but couldn’t, but I did learn important information about cannabis and driving.

They concluded that people should not drive for five hours after using even a small amount of the drug.

I believe we will be hearing a lot about the negative impact of cannabis in the future and hopefully the billboards will eventually be taken down.