After leaving Fort Valley, Georgia we drove to Greenville, South Carolina, but found no job there. We then drove about ten miles north and started asking people if they knew of any migrant camps. The first farmer we were directed to said his was an all-black camp and he wasn’t about to mix races; but, he gave us another name.

We followed his advice and went to the business he suggested. The owner was quite amused by us and willingly gave us a job. In fact, he let us work two hours that very afternoon.

The job issue was settled, but where would we stay? There were two crews; one black and one white. The white crew was comprised of single men. Mr. Robinson said we couldn’t stay with them, and we agreed with his decision. We had seen that the black camp had families, so we asked to stay there. He said we “wouldn’t last fifteen minutes in that camp.” I asked how that could be since there were so many children. The owner looked perplexed and told us that there were no children there. Then he thought for a moment and said, “Oh you mean the ‘n…..s’.” To him black children didn’t even qualify as “children.”  I was outraged but knew it wasn’t safe to express my feelings and thoughts.

His solution to the lodging issue was to give us a cattle truck to sleep in. One night of that and we swore we’d never do it again, and meant it. The next day, we picked peaches for the whole day and earned $3.75 each. We knew we would have to wait at the packing shed for about two hours to get paid, so we decided to walk to the black camp to check it out for ourselves.

When we entered the camp, we talked to some of the people who were gathered. They had a bus, so we asked if we could sleep in it. They introduced us to Leroy, the black crew boss. He said it would be fine for us to stay in their bus.  Later he told us they would be willing to set up beds in their kitchen for us.

With some hesitation, we decided to stay in the camp. The job paid so little, there didn’t seem any point to worrying about being fired when the owner found out we had disobeyed him. We had another reason for concern, however. We had been told before that the white people wouldn’t bother us for the things we did, but that they might take it out on the black workers. We talked to Leroy about our concern. He said our actions would not cause them any trouble, so we moved in. 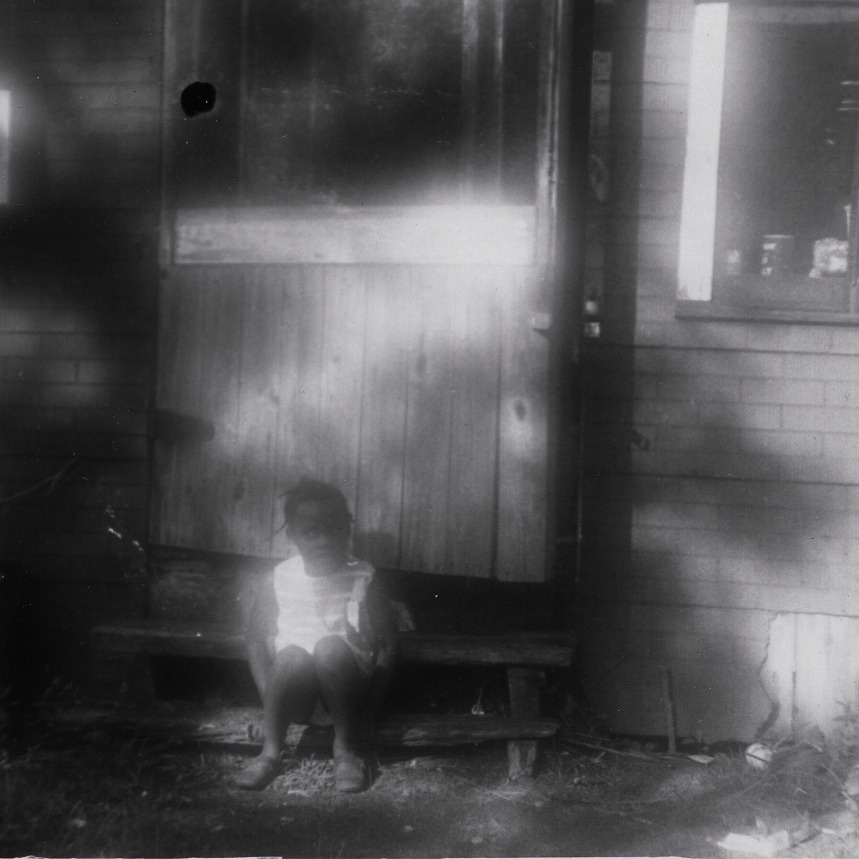 We made dinner and then everyone wanted Brenda to play the guitar so we could sing. We sat on the car with the kids and sang for hours.

We went to bed about 10 pm and then the night began. The black crew’s kitchen was in the same building that the white crew lived in. What separated the two rooms was a partial wall with a bit of screening above that. The white men were drinking and pretty soon were quite drunk. There was a lot of daring and betting going on and it really scared us. “They want to see what a migrant camp is like? Let’s show them what a migrant camp is like.” We had a few visitors that night, but were able to get them to leave by talking fast and shaming them. Luckily for us, they were mostly talkers, and a few of them were on our side. By 2:00 am they had given up. We slept for a while and then picked fruit the next day, earning $4 apiece.

We stopped at 1 pm and then drove to the post office in Greenville. Our checks from Ft. Valley were there. We were able to cash them by finding a minister who was willing to co-sign for us.

To prevent a repeat of the previous night, we had arranged with Leroy’s wife to lock the kitchen door from the outside and keep the key. Since we had received our checks, we planned to leave the next day.

The whites treated the blacks worse here than any place we’d been. As I mentioned, there was a white crew and a black crew. They were not allowed to mix with each other in the fields. The black workers got paid even less than we did, even though they had much more experience. The white crew had access to toilets, the black crew and their families used outhouses. The white men kept the black men up all night forcing them to do whatever they wanted. Black women were taken and used at the whim of white men. It was really ugly.

[Note: As I typed this story from the scrapbook, I was really struck with the difference in the content of the sentences in the last paragraph and Leroy’s assurance that there would no problems coming their way due to us staying in the camp. If I’m remembering right, the black men in this camp kept their distance from us, i.e. they did not interact with us. I don’t think it would have been safe for them to even speak with us. My guess is that Leroy, as crew boss, had privileges that the other men didn’t have.]

We sang again that night. This time we sang a lot of spirituals and folk songs and the people from the camp sang with us. We were having a good time; a little girl was brushing my hair. Then at 11 pm we heard a voice, turned around, and found three policemen standing behind us. One said, “We have orders from Mr. Robinson to get you off of his land.” I couldn’t believe it. We talked with them for a while but got nowhere.

I was upset, mad, furious, angry and not too happy. We couldn’t understand why Mr. Robinson hadn’t said anything to us when he saw us during the day, or why he had waited until 11 o’clock at night to throw us out. The people were as upset as we were. Leroy was there with shaving lotion all over his face and a razor in his hand. We said a lot of sad goodbyes and then left. As we were driving away, we asked the police if we could go the packing shed and talk to the owner if he was still there. (The shed was only two minutes away.) They were okay with us doing that.

When we arrived at the shed, we discovered that four of the crew members, three black and one white, were already there. The two crews had signed on for the whole season, but they were telling the owner that if he kicked us out at that time at night, by morning his camp would be empty. We were so surprised!

We talked to Mr. Robinson also. It was clear he didn’t believe it was safe for us to stay in the camp and he wouldn’t allow us to do so. We told him we were responsible for whatever happened and we felt perfectly safe. Since his crews had threatened to leave, he was under considerable pressure and finally gave in; he would let us stay until morning.

The policemen drove away. It would have been interesting to hear their thoughts about what had transpired that night.

The four of us and the representatives from the two crews triumphantly returned to the camp. It was obvious the people enjoyed us as much as we enjoyed them. We sure appreciated that they had intervened on our behalf. We sang for a while longer and then went to bed.

We had no further problems that night. The white men were noisy again, but they didn’t say a word about us.  The next morning we departed the camp, and before long left South Carolina behind.

(The next post in this series will be published on Friday December 25.)

To read the previous posts go to: