The night we left South Carolina, we stopped in Virginia. We asked a man if he knew of any place where we could find shelter if it rained (we sleep on the ground in sleeping bags). He told us we could sleep on the front porch of his house. Then he changed his mind and said if it rained, we could sleep in the camper he had in front of his house. Still later he told us we could stay in the camper regardless of whether or not it rained. So we lived in luxury that night. I had left South Carolina filled with anger towards white people. His kindness began to restore my faith in people with white skin.

The next day we drove north of Richmond and stopped at a truck stop. Mimi and Lara were leaving us at that point so we all took showers and then Brenda and I helped them get ready to go. They found a ride to Boston with some truck drivers. Once in Boston they would find other means to get back to Seattle.

Brenda and I then drove on to Easton, Maryland. We had no trouble finding a job or a place to stay. The farm labor office wanted to make sure that we realized all of the workers in the camp were black but offered no objection to our staying there.

The camp was not as nice as the one in South Carolina. It consisted of 54 houses that were each divided into three rooms. The only thing that separated the rooms were sheets of plasterboard; plasterboard that had big holes in it. A family lived in each room. Our room had two beds, a light that wouldn’t turn off and some shelves. That’s all.

There were showers in the camp, but no way to turn them on. Several houses down there was a water spigot. 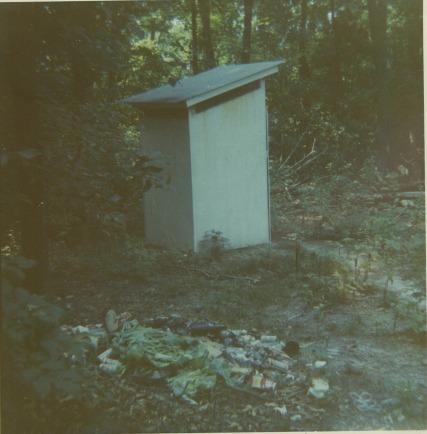 We fixed up our room by buying some flannel to put on our beds and using plastic to cover the shelves and holes in the wall. 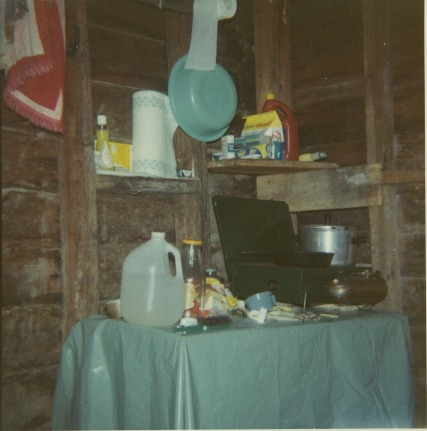 Our home fixed up! 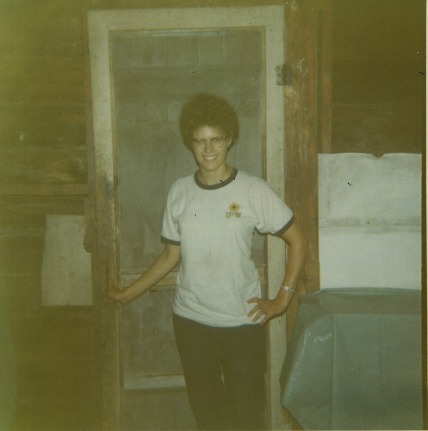 The first morning we picked cucumbers and earned $6. What cucumbers do to the hands is something else. They create a yellow-green-brown stain that doesn’t come off. I liked this picking better than any other we’d done. I was sure glad we were picking something other than fuzzy, itchy peaches.   If it got hot we’d be in trouble though because there was no shade in the cucumber fields.

I had sworn I would never work in a cannery again but that resolve didn’t last. Since picking vegetables wouldn’t provide enough income for us, we had to also work in a corn cannery. We worked one day separating good corn from bad, several days on a machine that stripped the husks off the cobs and several more putting the cobs into machines that took the kernels off. We worked 7 pm to 1 am.

The corn cannery paid once a week, on Friday. Since we didn’t know if there would be a lot of drinking in the camp on payday, we thought Friday night would be a good night to go to Baltimore. Once there, we went to an outdoor Peter, Paul and Mary concert!

The people in the camp were very nice. Many of the men offered to “keep us company” but no one was obnoxious about it and they took “No” for an answer. It seemed inconceivable to them that we could spend a summer, or even a night, without a man, but once our answer got around no one bothered us.

The corn cannery was really different than the peach cannery. Here we could work whenever we wanted to and they hired anyone who showed up for work. We were even allowed to take frequent breaks. The product they put out seem a lot better quality too. I had fun working at the cutter. I found I could put 110 ears in the machine per minute, but that was only when the machine didn’t get clogged. I was able to remove the clog myself, most of the time.

We worked in the fields for six days. Most of that time we picked tomatoes. I calculated our pay to be:

We wouldn’t have minded staying in that camp all summer. It was our most stable situation and the people were fun to be with.

We found that even in those poor conditions, we had everything necessary to be happy. It was amazing, considering that there were no showers, how clean the people were and how clean and well-dressed they kept their children. In this camp, the children went to school every day.

After two weeks we were ready to take off again. We received $140 cash for our work. That sure looked like a lot of money to us. Most of it was from the cannery work. $140/ 2 people= $70 each. Since that was for two weeks, we had each earned $35 a week for picking vegetables and working in the cannery combined.

After leaving Maryland, we drove to Ocean City, New Jersey and went to a coffee house called the Purple Dragon. A team from University Presbyterian Church in Seattle wase working there. They were all friends of Brenda’s. Were they ever surprised to see us! We stayed with them for two days.

We then drove to Middletown, New Jersey to be with lifelong friends of my family. I really enjoyed spending time with them. We talked a lot about my parents’ lives when they were young. It helped me to understand many things about them.

We had no luck finding for work in New Jersey. This had once all been farm country, but by 1970 it had all been developed. The few farms that were left were very small.

One day, we drove to New York City. We visited the Phoenix House (a drug rehabilitation program), Harlem, and the Downstate Medical Center midwifery program. We were pleased, and surprised, that we never got lost!

After leaving New York City, we headed for our next stop, Pennsylvania!

(The next post in this series will be published on Friday January 1.)

To read the previous posts in this series go to: