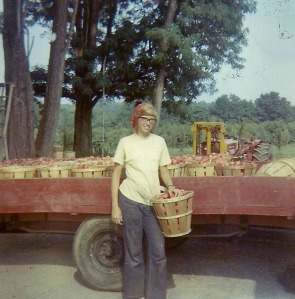 After Brenda and I left New York City, we drove to Pennsylvania. We spent the day looking for work and finally found a job, on trial, for $1.50 an hour. The housing they provided was for men so we stayed in a campground.

The owner was very unsure about hiring girls but we turned out to be better pickers than the teenage boys he employed. Since he paid by the hour, they did as little work as they could get away with.

We picked peaches and nectarines for four days. One day we also worked in the evening in the packing house. The other nights I was asleep by 7:30 p.m.

I was amused by something that happened on this job. The owner was moderately conservative; very conservative about some things. Little did he know that he had a gigantic field of marijuana growing on the edge of his orchard.  There were also marijuana plants scattered throughout his orchard. The kids spent more time harvesting the marijuana than they did picking his fruit. They thoroughly enjoyed THAT work!

After leaving Pennsylvania we drove on to Yakima in Washington State. Once there, we found a job with no problem; a job picking fuzzy peaches yet again!

Finding housing in Yakima was much more difficult because the state had condemned all housing that didn’t have a toilet, running water, stove and refrigerator. Most farmers couldn’t afford to provide for that level of accommodation, so there was almost no housing available.

Local people rented their yards to the migrants, at a rate of $5 a night. That seemed to us to be a big racket, especially since most of the workers and their families slept in their cars. [Note: As I think how little money we earned on these jobs, I’m realizing what a big chunk of it that $5 would have taken.]

We finally found a place to live. It was somewhat like a motel. Having a room that had a stove and a bathroom felt like unbelievable luxury! 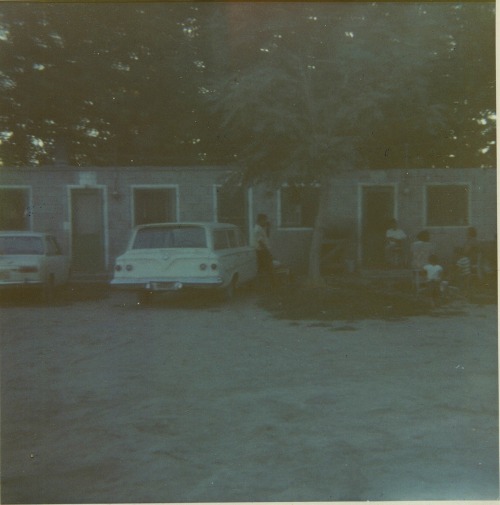 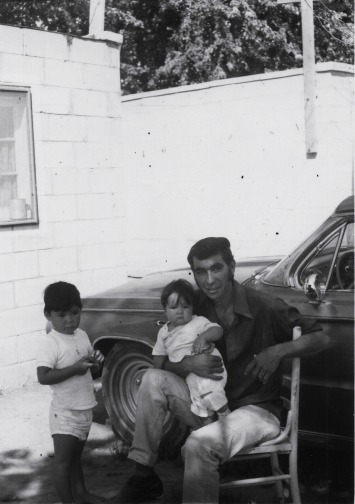 We picked peaches for four days. We were paid the same wages in Washington State as everywhere else.

My college roommate visited us while we were there and for two days the three of us studied together for our nursing licensing exams. 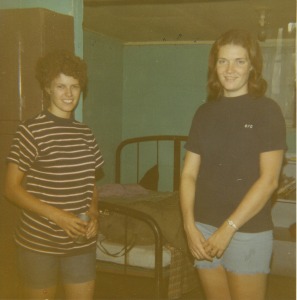 One day, when we were driving around, we saw this new living area for migrant farm laborers. 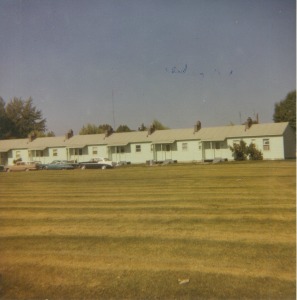 I also found the bridge I had slept under when I had gone to Yakima to pick fruit while I was in college. 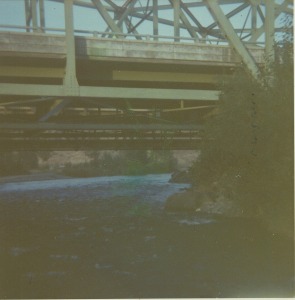 After our time in Yakima, we returned to Seattle.  I ended my summer adventure with this scrapbook entry. 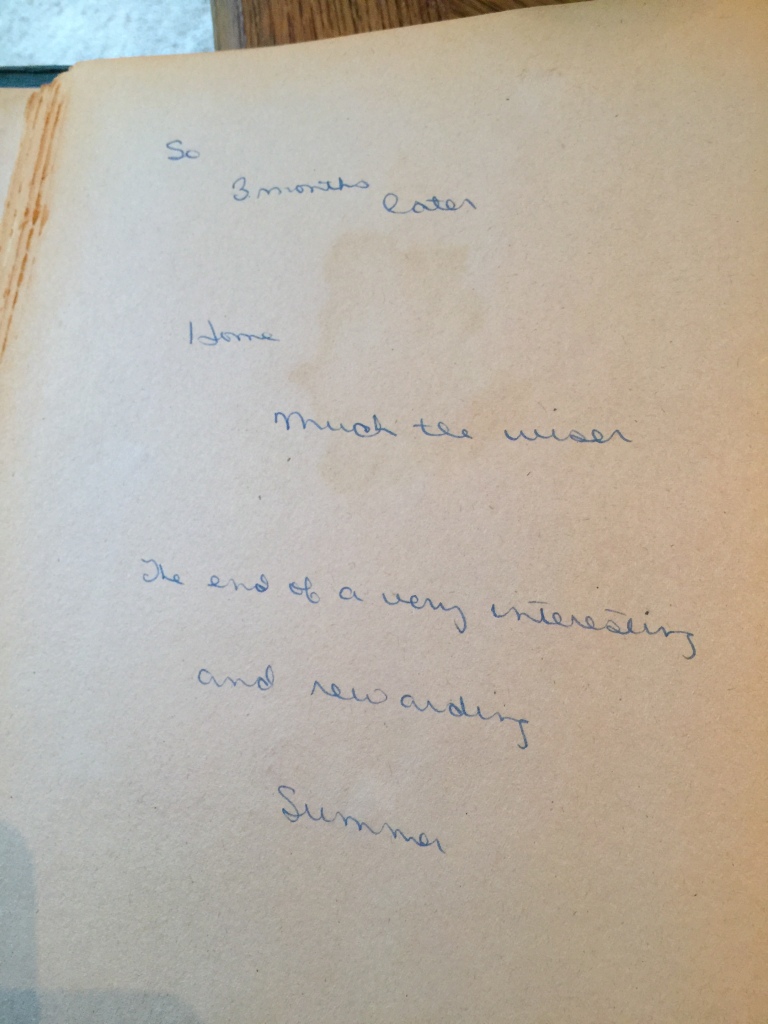 I had been surprised by the amount of racism we experienced that summer.  After all, it was 1970 not 1950.  Brenda and I decided we should share our story with others.  We contacted a local newspaper and gave them an interview. This is the article the newspaper published. (My name at that time was Carol Smith!) 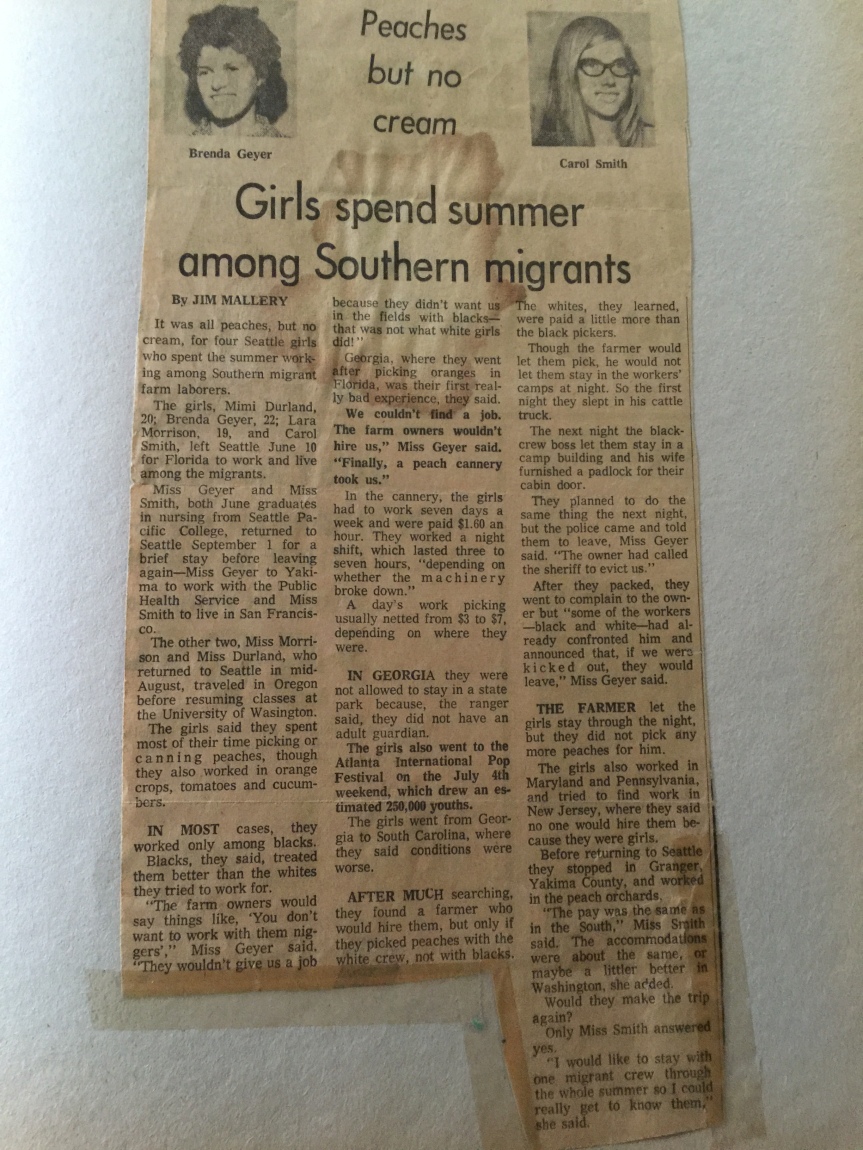 In the article, I said that in the future I wanted to spend a summer with one migrant group.  While I never did that, my 1970 experience has stayed very close to my heart for the last 45 years.

With that statement, this series now comes to an end. Thank you for sharing my journey with me.  I hope that you enjoyed it and had a sense of what our life was like as we crossed the country in 1970 working as migrant farm laborers.

To read the previous posts in this series go to:

20 thoughts on “1970: My Summer as a Migrant Farm Laborer #6 Series End (Pennsylvania and Washington State)” 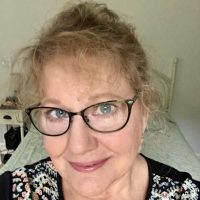