Since September of 2016, our local GreenFriends group has been working to restore a four-lot strip of Seattle’s Greenbelt to the healthy forest it was meant to be. In October of 2016, we linked our project to the Green Seattle Partnership, a collaborative group that includes the City of Seattle Parks Department, Forest Stewards, and many other nonprofit organizations, all of whom are dedicated to restoring Seattle’s 2,500 acres of forested parks.

This strip of Greenbelt has been covered by blackberry vines and ivy for 30-50 years. When the City of Seattle staff cut down the blackberry vines in March of 2017, they discovered the foundation of a house. We believe that house burned down in the 50’s. With blackberry vines that at times reached nine-feet in height growing over and around it, no one in the neighborhood even knew the foundation was there. We decided to focus on that area during the April 30 work party.

This particular work party was held in honor of Bridge 2 Beach Earth Day, an annual event focused on making “Mother Earth more beautiful and [Seattle] neighborhoods sparkle.” This year the Rainier Chamber of Commerce, the sponsor of the event, invited the Green Seattle Partnership to join in the effort.

Our work party began at 10 a.m. and lasted until 1 p.m. Seven GreenFriends, two Forest Stewards from the Green Seattle Partnership, a neighbor, and six students from a University of Washington Environmental Science class participated.

Our primary task for the day was to remove blackberry root balls and put them on racks made from fallen tree branches. That way, the roots cannot touch the ground and will dry out. The photo below shows one of the three root ball piles that we created that day. [Some of the root balls you see in the photo were touching the ground, so were moved to the top of the pile at a later time.]

In the process of clearing the root balls, we found many objects in the dirt. This was probably the first time these items had been exposed to the light of day since sometime in the 60’s 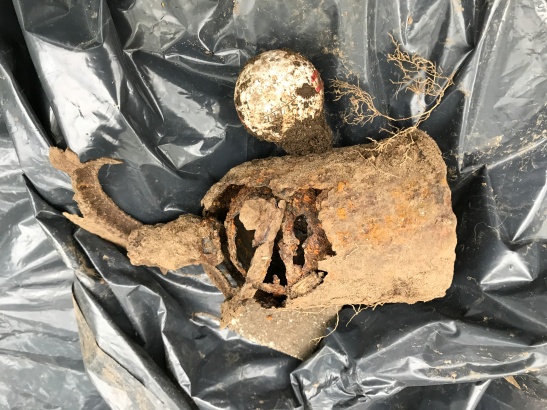 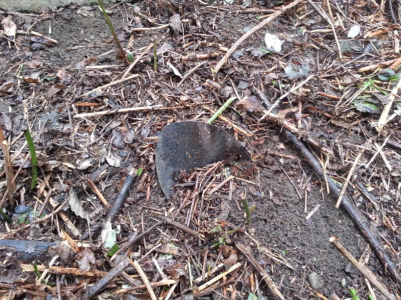 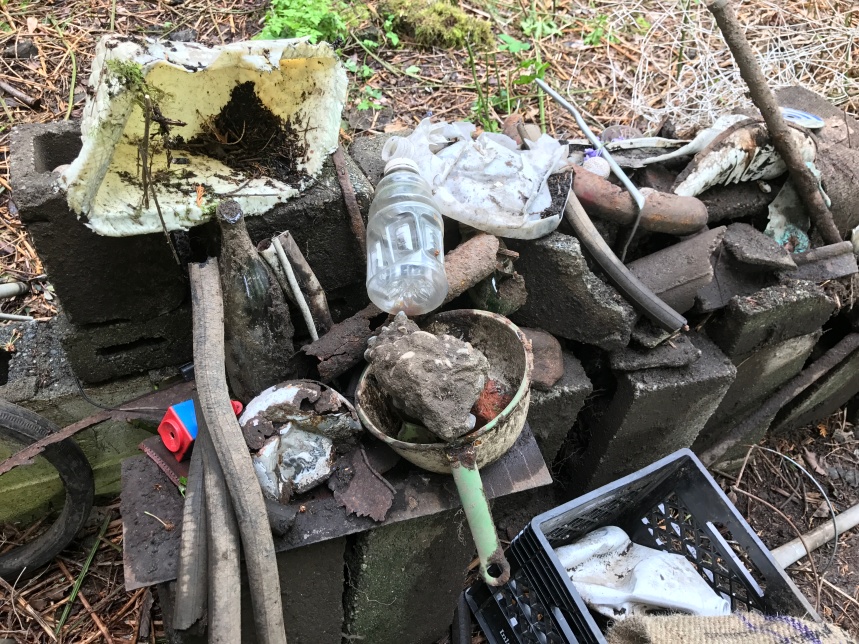 We even found a foot-long worm!

We have discovered many interesting things since we began the project. This may be my favorite one. I wonder how old it is. 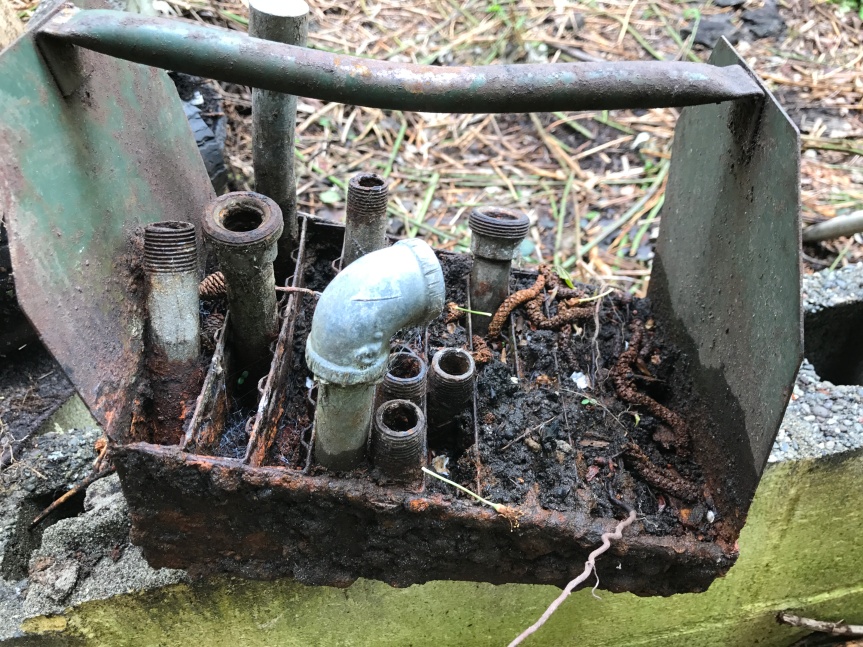 Once the root balls are removed, we cover the cleared land with burlap bags to reduce weed growth. Then dried blackberry canes and other debris are placed on top of the burlap. In time, the bags and debris will turn into mulch which will hold in moisture and enrich the soil.

Below are some “before and after” photos from our three-hour work party. 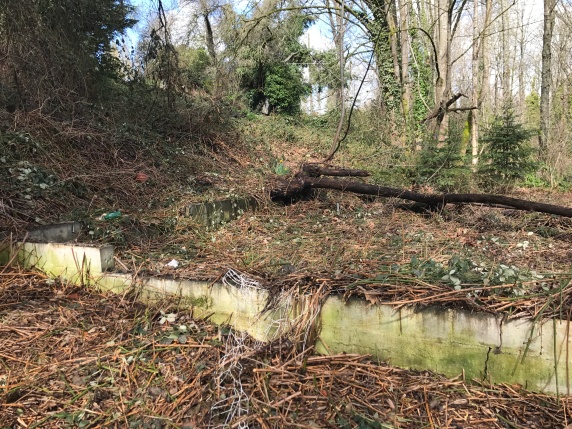 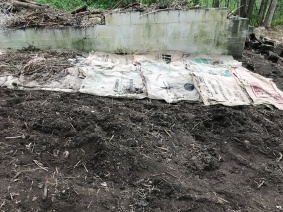 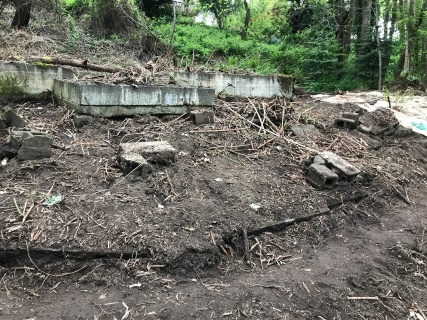 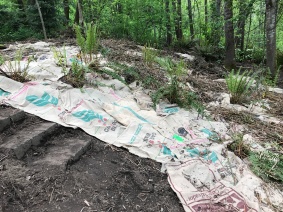 It was such a fun, productive and rewarding day. We accomplished more than I ever thought possible. When I reported the students’ hours to their professor, he told me he was sure there would be plenty of interest if I wanted to schedule another work party. I decided to offer one on Saturday May 13. The professor sent a notice to the students at 7:30 p.m. and when I checked the next morning, the event was full! I look forward to whatever we experience and discover that day.