Every time I come to Amritapuri, I have so many memories of my first visit. I met Amma in June of 1989. Six weeks later, I was at her New Hampshire retreat and 6 months after that I was at her ashram in India. I don’t remember when the ashram started to be called Amritapuri, but I think it was many years later. At that time, we just referred to it as being near Oachira or Vallikavu.

In those days, the beach road was not paved and was full of potholes. The taxi drivers were not willing to drive on it so they would take us to Vallikavu. From there, we took a canoe to the ashram. This was our first view of the ashram: 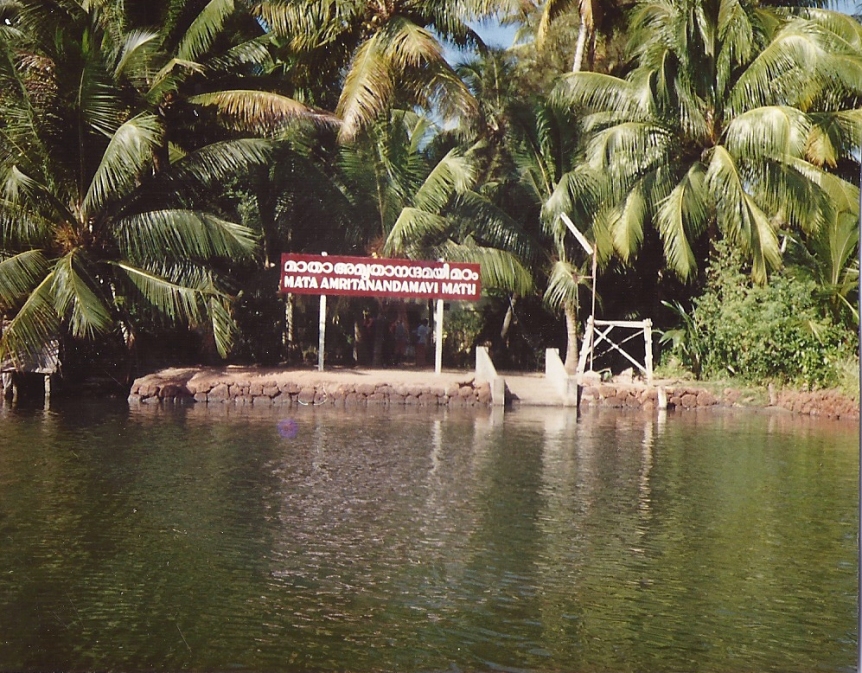 I arrived days after the temple was able to be used. The top floors had not been completed yet, and it would be years before the construction was done. I don’t have a photo of the temple from that time but the first photo below was taken within the last decade. The second two are from January 1990. You can click on the photo gallery to enlarge the pictures. 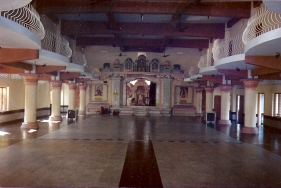 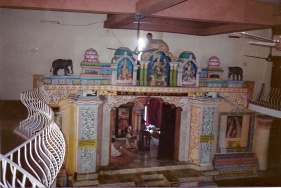 In those days, Amma would hold Devi Bhava programs three days a week. Those would be held in the temple. She gave darshan (hugs) in a small darshan hut.

The evening bhajan program was held in the temple. My memory is that there were so few people that we only filled the front third of the temple. I remember wondering why Amma had built a temple that was so big.

A photo from later in the 90’s shows the answer to that question. 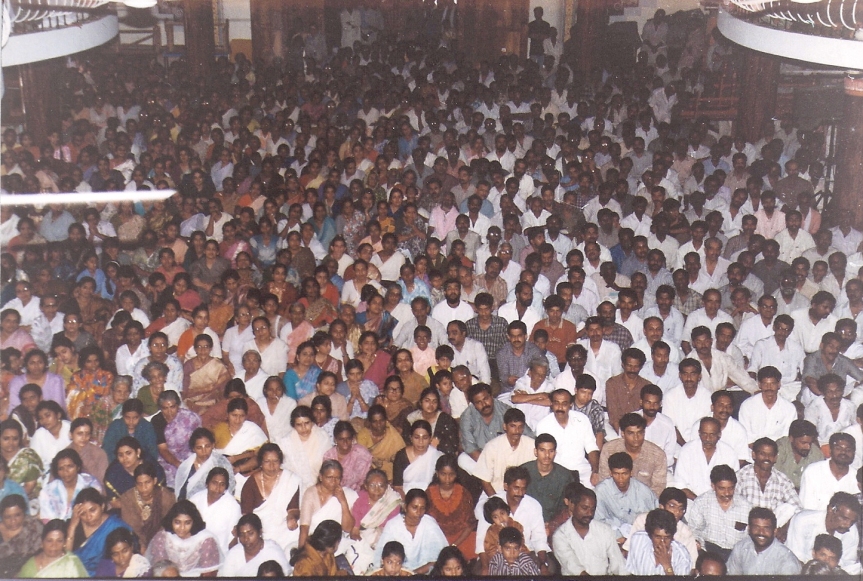 When I came to the ashram in 1990, we never knew if Amma would attend the evening bhajans. My memory is that she would participate at least two times a week, and that when she came the program would last longer.

I don’t remember what year Amma and the other singers started singing from elevated area at the front of the hall, near the Kali murti. I also don’t remember when the darshan programs moved to the temple.

During my first visit to the ashram, there were 30 western guests (now during the Christmas season there are close to 2000). The Western Canteen opened at that time. It offered only one meal a day, and that meal, as I remember it, consisted of a bowl of soup. (When I look at the photo below, it looks like the meal was bigger than that.) We were so grateful to have western food once a day.

Four days a week, the Canteen food was served on the fourth floor temple balcony. During the three Devi Bhavas, we gathered on the stairs going up to the sixth floor. Maybe those were the times we only had soup. There wouldn’t have been room on the stairs to serve much more than that. 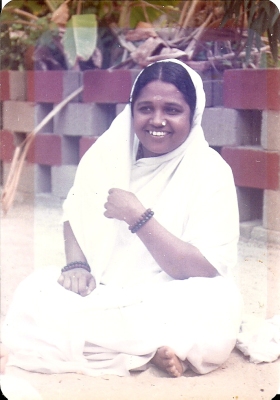 I have been blessed to be able to consistently spend time with Amma in the United States and India during the last 29 years. I have so many memories of those experiences, and I am exceedingly grateful for that. Millions and millions of thanks to you Amma.

3 thoughts on “So Many Memories”