I woke up during the night with the song How Great Thou Art reverberating throughout my body and soul. It was one of those dreams that was so much more than a dream, or maybe it wasn’t a dream at all. I felt grateful and blessed.

I heard that song for the first time in 1962 when George Beverly Shea sang it during a Billy Graham crusade my mother and I attended. I was in 10th grade at the time and we were living at Ft. Shafter Army Base in Honolulu, Hawaii. That experience was a major turning point in my life. While it wasn’t the beginning of my spiritual life, it certainly was the beginning of a new chapter.

I woke up several times during the night with that “dream” in the forefront of my mind. Again, I felt grateful and blessed. My sleep ended at 4 a.m. when I started thinking of events that had occurred early in my life. I remembered being really young (5 years old?) and loving the Christian music my father’s mother sang to me when my family visited her in New Jersey. As I thought about those times, the words “church in the vale” and later “little brown church in the vale” came into my mind. I don’t remember if that was a song my grandmother introduced me to, but it certainly could have been.

I decided to write a post about my dream and the reflections that followed it so I got up. I looked for YouTube videos of both songs. The video I chose for How Great Thou Art was recorded in 1957, several years before I heard the magnificent song for the first time. It was probably recorded during a Billy Graham crusade. Wikipedia says the song “is a Christian hymn based on a Swedish traditional melody and a poem written by Carl Boberg in Mönsterås, Sweden in 1885.”

The other song is called the Church in the Wildwood or The Little Brown Church. The video I’m sharing for that one is of Andy Griffith, Don Knotts and Robert Emhardt singing it in a 1963 show. That song was written by Dr. William S. Pitts in 1857.

The image at the top of the post was taken by Kevin Phillips from Pixabay. 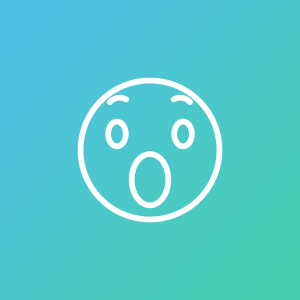 For several years, I have had the desire to show up at Amma’s ashram in Amritapuri, India without telling my son and daughter (Sreejit and Chaitanya) that I was coming. I loved fantasizing about how surprised they would be.

Imagining it and making it happen were two different things though. My children have lived at the ashram for many years and have many friends. The chances of me registering to come and them not finding out seemed nearly impossible. Not only would word travel at the ashram, but many, if not most, of people I know in Seattle have connections in the ashram as well.

I decided in order to accomplish my goal, I would have to keep my plan secret from almost everyone, both in India and Seattle. But that still didn’t solve the problem of how to deal with registering, arranging for an ashram taxi, making sure my flat was available and ready, etc.

Just prior to attending Amma’s Chicago area programs in June, I thought of someone who might help me figure it out. Our paths crossed soon after I arrived at the program, and when I explained the situation, she immediately thought of a person who might be able to make the necessary arrangements. He was very happy to participate in creating the surprise.

Sreejit and Chaitanya were puzzled that I was not planning to come to Amma’s Toronto programs, the last programs of the summer tour. Whenever they mentioned it, I smiled inside and said no, I was not going to Toronto this year. Long before Amma’s tour ended, I booked my ticket to India.

I am a firm believer in the “Tomorrow’s not promised” philosophy. I am never convinced I will be going to the ashram until I am getting out of the taxi on the ashram property. On July 13, I fell when walking through our Greenbelt restoration project. I caught myself with my hand and broke my wrist. How could I go to India in this condition? I knew I would have to wait until my July 25 doctor’s appointment to find out if I would need surgery. On that day, I learned that the bone was healing well and no surgery was needed. The doctor supported me in taking the trip.

The next two weeks I spent preparing to go. That wasn’t easy considering I had very little use of my right hand. At least by then I was in a splint that didn’t cover my fingers or elbow. Slowly but surely, I accomplished the things that I needed to accomplish.

The weekend before I left, I spent with friends in our local Amma community. Again, I smiled inside knowing that I would soon be writing them from India to let them know I had been keeping a big secret from them.

On August 11, I stepped out of the taxi in Amritapuri. I took my belongings to my flat and soon thereafter walked up the stairs to my daughter’s room and knocked on the door. When she asked who was there, I made a nondescript sound. She opened the door and I saw the look of shocked surprise I had been dreaming of. An hour later, I walked up behind Sreejit while he was working. I stepped in front of him and saw that same look of confusion followed by excitement. My dream had been realized… they were so surprised… and we were all happy to be together again.

magnolia tree in my backyard a couple weeks ago
I am a proud member of imperfect foods. They sent me a notice today that said I have saved 281 pounds of food which conserved 11,240 gallons of water and 958.21 pounds of CO2e. @imperfectfoods
lots of new growth
there were four of them!!!
going home
visitor #2
surprise visitor in my yard!
prayer plant
a friend repotted my indoor plants and fed them. what a difference it made.
sweet potato sprout I planted in a pot
sweet potato that sprouted