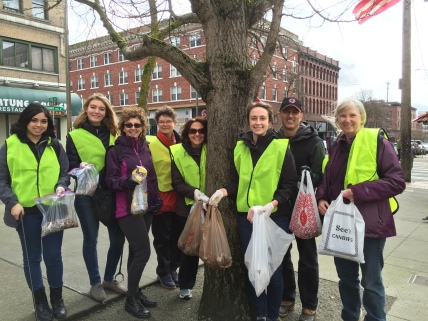 Last Saturday, on a cold, windy, wet day, some members of the Pacific Northwest Litter Project held a cigarette butt pick-up work party in the International District of Seattle.

Cigarette butts are the most common form of litter in the world and they are more toxic than you might think. The filters are NOT made of cotton, they are made of cellulose acetate tow and they can take decades to degrade. Investigators in a San Diego State University study once discovered that if you put fathead minnows and a single cigarette butt in a liter of water, half of the fish will die.

We pick up the butts to keep them out of landfills, waterways, the stomachs of animals and birds, and away from plants and children. The butts are sent to TerraCycle where they are turned into plastic pallets. Since the summer of 2011, we have picked up almost 300,000 butts!

As the result of last Saturday’s two hour work party, 23 pounds of cigarette butts are on their way to TerraCycle. 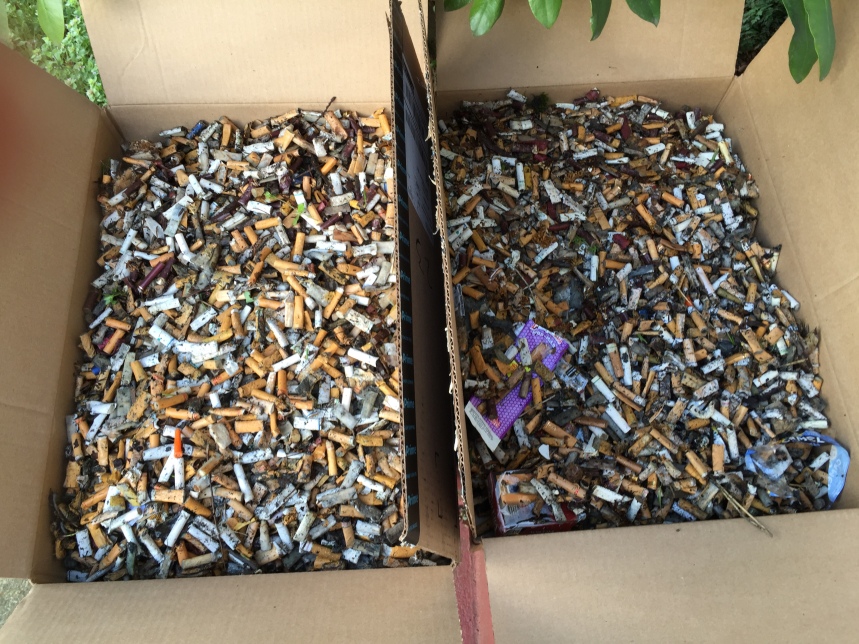 The Pacific Northwest Litter Project is part of GreenFriends, the environmental arm of Amma’s Embracing the World.