My favorite joke, and the only one I ever remember, is: Q: Do you know how to make God laugh? A: Tell him your plans for your life.

I think that is so true. There have been many turns in my life that I would have never predicted. If someone had told me those changes were coming, I would have said they were crazy. The most notable example is my relationship with Amma

At the time I met her, I had described myself as being somewhere between an agnostic and an atheist for 20 years. In those days, even hearing the word God made me feel sick to my stomach. I was a very logical, head based person and had no interest in spirituality or spiritually minded people.

In 1989, a new friend told me there was a woman saint coming to Seattle soon and invited me to attend her programs. My mind said NO but what came out of my mouth was OK.

My whole life changed the night I met Amma. Six weeks later, I was at her New Hampshire retreat and six months later I was in India. I have gone to India 26 times since that first visit. I have had other life plans change in unexpected ways since then, but none were as remarkable as that one.

On May 31 of 2017, I “plan” to retire. That is the time of year that Amma begins her annual North American tour so I have “planned” to attend some of those programs and then go to Amritapuri from mid-August until mid-January. I don’t remember when I developed this “plan”, but I think it has been firmly ingrained in my mind since I was in India this time last year.

One day in August of this year, though, I woke up thinking that I wasn’t going to watch another tree in the lot behind my house die. Al,  my former husband, and I had bought that property in 1973. I sold it in the mid-80’s and it changed hands again about ten years later. When Seattle formed the Cheasty Greenbelt, that owner sold it to the city.

The property was originally beautiful but none of the subsequent owners did anything with it, so blackberries, ivy, morning glories and bamboo took over. Smothered by the invasive plants, many trees died. 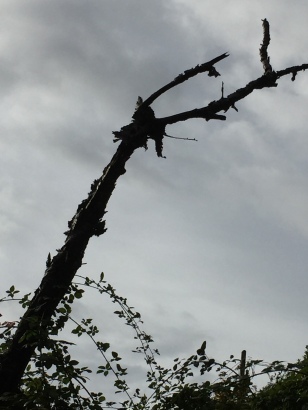 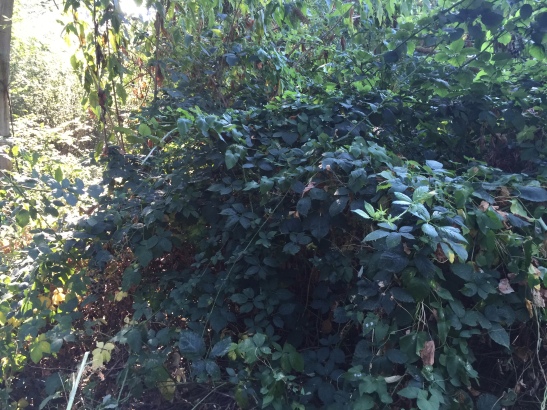 After I had that early morning thought, I grabbed my shears and started to work. I enlisted my friend, Ramana, to help clear some of the land. While Ramana worked on the major clearing, I focused on freeing specific trees.

I found so many beautiful and fascinating things on the land and know that there are many more buried under the remaining blackberries.

One day, it occurred to me that we could make this project a GreenFriends project. (GreenFriends is the environmental arm of Embracing the World, Amma’s network of humanitarian projects.) I called the people in our satsang who have coordinated our tree planting and habitat restoration work in the past. They were very interested in being involved. In October and November, they spent some time working on the lot with me. 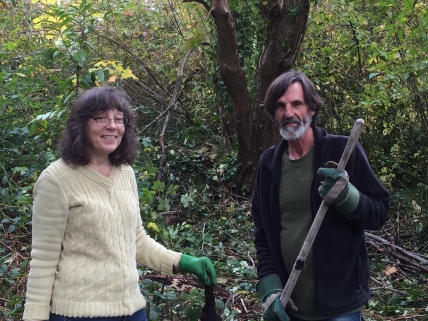 Our project will be supervised by the Seattle Parks Department and the city will provide the saplings and other greenery that we will eventually plant there. The Park Department will do any work that requires power tools. If there is enough interest in the project, we may decide to clear all four lots that are in that strip of Greenbelt!

I feel a great deal of passion about this work and it has been on my mind since I’ve been in Amritapuri. Even before I left Seattle, it occurred to me that August and September would be prime time for working on that land and if I was in Amritapuri, I wouldn’t be available to organize the work.

I have an ever growing sense that I won’t be going to Amritapuri in August and that my path is taking a turn that gives working with nature more priority than spending extra time in India.

Starting last week, I found another thought creeping into my mind. I have kept close track of world events via CNN throughout this trip. I’m beginning to wonder if I will even make it to India next year. It seems like there is so much potential for war.

My years with Amma have taught me a lot about staying in the moment and not holding on to  plans. They have also taught me that Amma will hold me close to her no matter what comes my way. I trust that my life will unfold as it is supposed to and acknowledge that I have no idea what that will look like. What I do expect is that I will be participating in at least part of the Lokah Samastha Sukhino Bhavantu chant for world peace that will be held in the Amritapuri temple from 6 a.m. to 6 p.m. on January 1.

Lokah Samastha Sukhino Bhavantu
May all beings in the world be happy.
Peace, Peace, Peace

To see all of the posts in this Amritapuri series, click here.