Yesterday, I attended a chant of the Hanuman Chalisa, a 40 verse poem that is believed to have been written by Tulsidas in the 16th century. I have loved that chant since the mid-nineties.

Wikipedia says this about Hanuman:

Lord Hanuman is an ardent devotee of Lord Sri Rama and is widely known for his unflinching devotion to Sri Rama. Hanuman is the symbol of strength and energy. He is said to be able to assume any form at will, wield the gada (including many celestial weapons), move mountains, dart through the air, seize the clouds and equally rival Garuda in swiftness of flight.

Lord Hanuman is worshiped as a deity with the ability to attain victory against evil and provide protection.

During the time in my life that I made tiny dolls of the Hindu Gods and Goddesses, one of the dolls I made was of Hanuman. The doll on the left side of the gallery below was my first Hanuman doll; I still keep it on my altar. Hanuman is usually depicted with Lord Rama or Lord Rama and Sita in his heart, but I put a photo of Amma in the heart of my Hanuman doll. 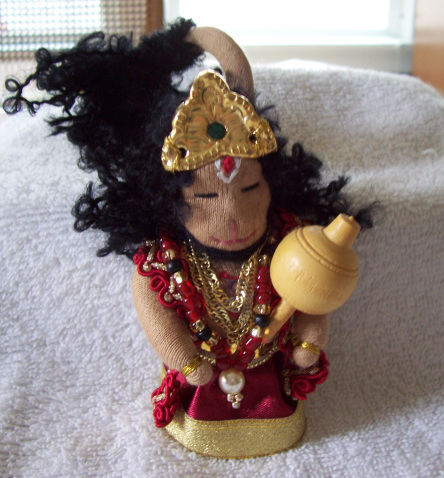 On my way to the Hanuman program yesterday, I stopped by a local nursery and bought two Oregon grape plants for my yard. They both had beautiful yellow blossoms. This morning, I realized that I had planted them in an area  that has other yellow flowers and that yellow is the color that is most associated with Hanuman. 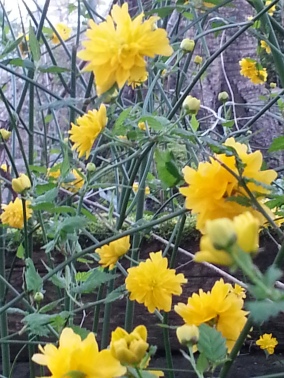 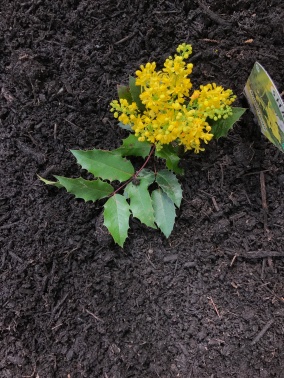 After writing the first draft of this post, I decided to work outside. I told the friend who was working with me about the yellow flowers. He reminded me that yellow is also the color of Vishu, a holiday that celebrates our deep connection with nature. Vishu was two days ago. Below is a photo of the flower most associated with Vishu, along with a message that Amma gave on that day.

I am excited that I have inadvertently dedicated a part of my yard to Hanuman and Vishu. I love synchronicity.

4 thoughts on “Honoring Hanuman and Vishu”