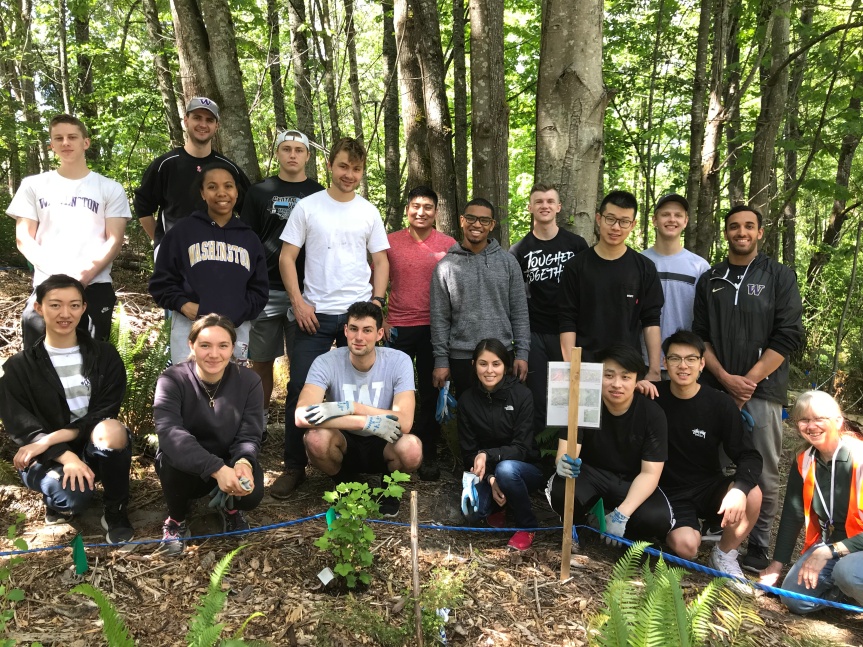 Many of the volunteers who help us with our GreenFriends Greenbelt restoration project are students from the University of Washington’s Introduction to Environmental Science course. We are having a big work party this coming Saturday, May 12th, but I decided to offer one mid-week as well. Susan Zeman, a Green Seattle Partnership Forest Steward in a park just south of ours agreed to help me lead the work party. Seventeen students participated. They were a delight to work with.

Susan led a work group in an area that is packed with invasive holly, blackberries and bamboo. It is also an area that has many red twig dogwood plants and a red flower from a rhododendron bush can be seen in the distance. Susan’s group was tasked with starting the process of removing the invasive plants so that the native plants can thrive.

While it will take many work parties to free the area from invasive plants, the group made a lot of progress during this three hour work party.

They were even able to dig out a huge clump of bamboo. 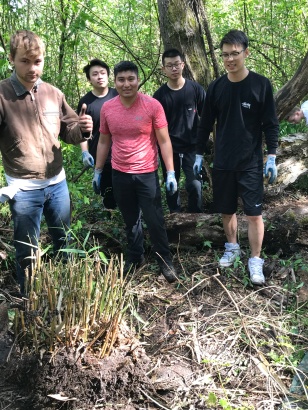 Towards the end of the work party, the students carried all of the invasive plants they had removed to the “Rack Zone”, a place on the site where the debris dries out on racks. By being kept off the ground, the vines and other invasives will not be able to re-root.

The second group of students removed blackberry vines, bindweed and other weeds that had started to sprout in all of the planting areas.

They also removed any wood chip mulch that was too close to the base of the plants. (When we spread wood chip mulch we take care to create a “donut hole” around each plant, keeping the wood chips from actually touching the plants. When it rains, the  chips tend to slide into that empty space.) These students cleaned weeds and chips from the donut holes around approximately 500 plants!

When they finished cleaning up the planting areas, they pulled out ivy, blackberry and bindweed vines that were in the paths and/or mixed in the ferns that are scattered throughout the site. 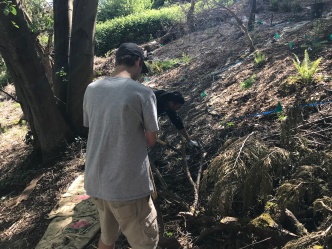 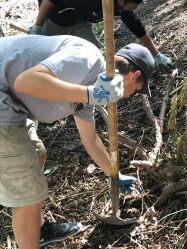 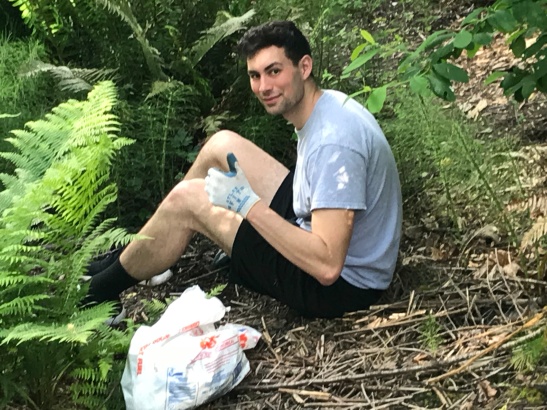 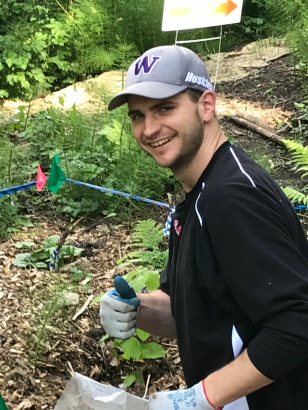 Every work party adds to the miracle that is occurring on this site. As I was writing this post, I came across a photo that was taken on March 15. It shows what one area looked like two weeks after trees, shrubs and ground covers were planted in it.

This is what that same area looks like today. 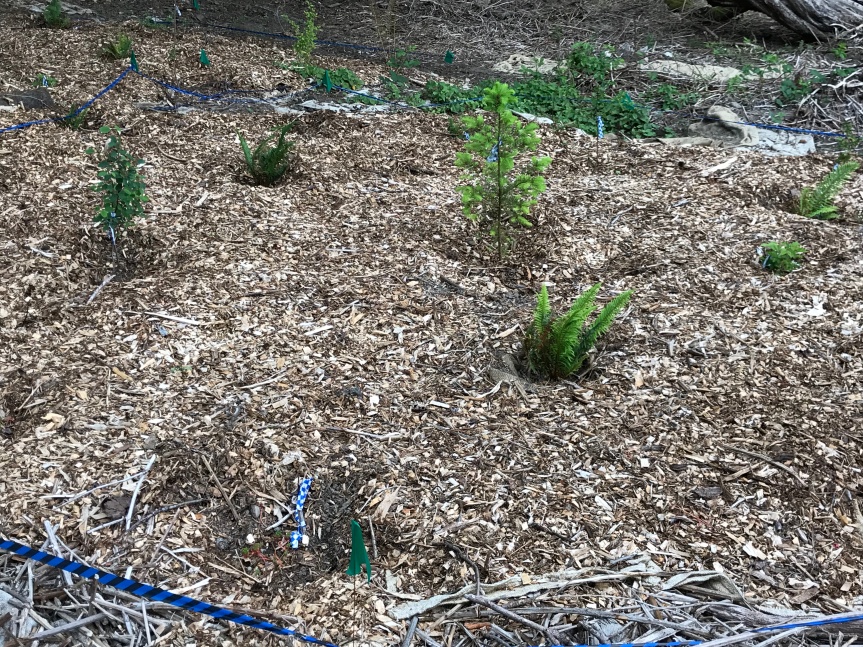 Next steps: On Saturday May 12 we will create a big bucket brigade for the purpose of spreading more wood chips around plants that were planted back in October and November of 2017. The work that the students did in this (May 9th) work party will make that process much easier. We will also be clearing ivy and other invasive plants from parts of the property that we have not worked on before. 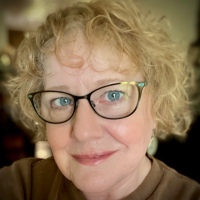