It has been said that laughter is the best medicine. I believe there is truth in that statement. It certainly helps us in lightening up, if we engage in activities that make us laugh.

There were two scenes in the recent Amritapuri play that made me laugh out loud. The songs that accompanied the scenes were also funny.

In one scene, a group of very young children dressed up as pigs. 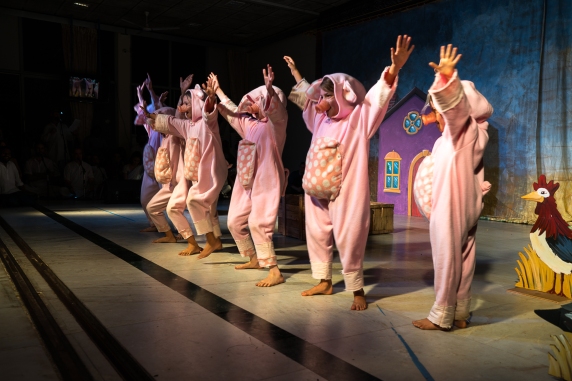 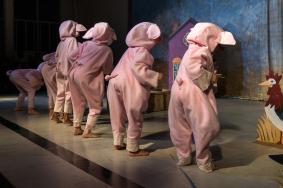 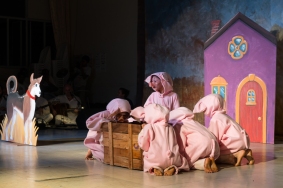 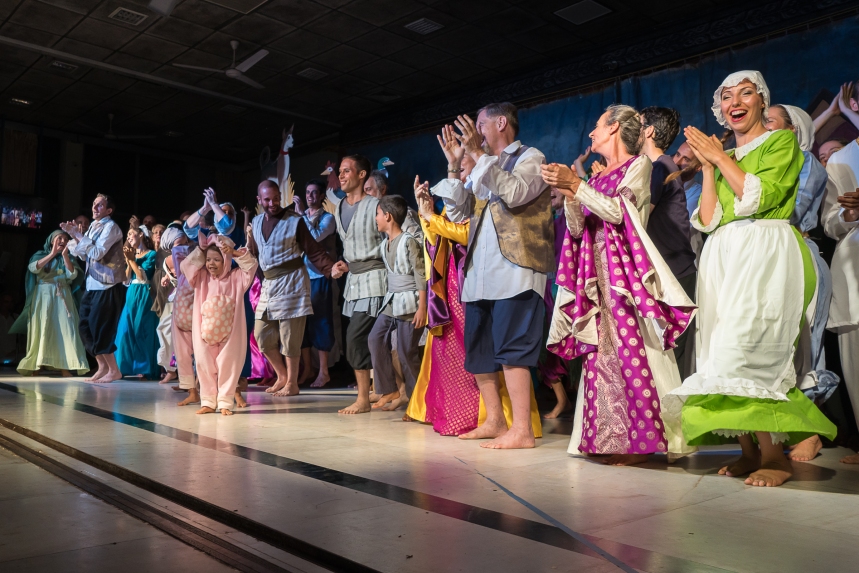 During the finale,  one of the “piggies” got so excited that she started jumping very high. The crowd loved it. 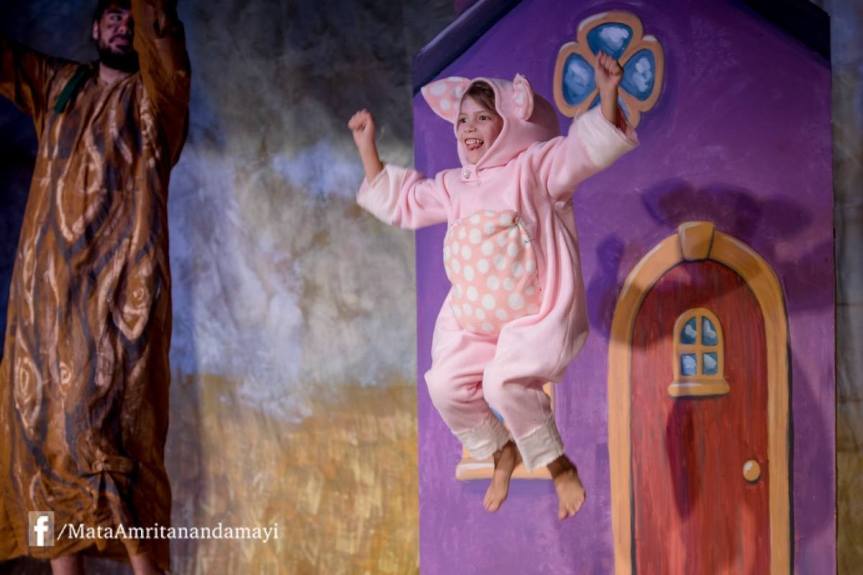 Here is the funny song that went with the scene.

The other scene that brought laughter was very different. It was the scene when Matthew, the prodigal son, reached the lowest part of his despair. He had lost all of his belongings and was working for a man in exchange for food. 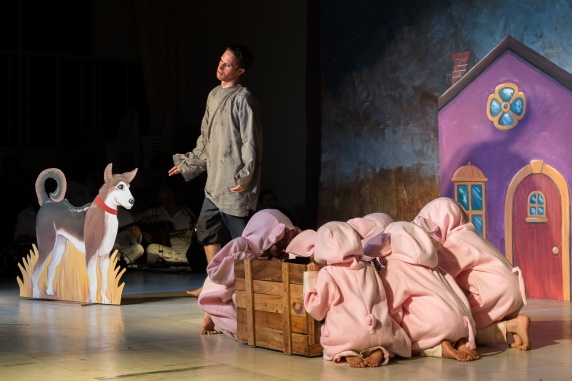 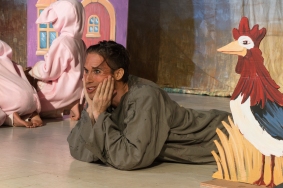 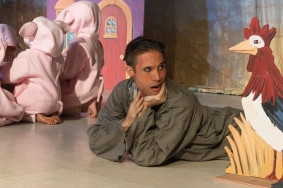 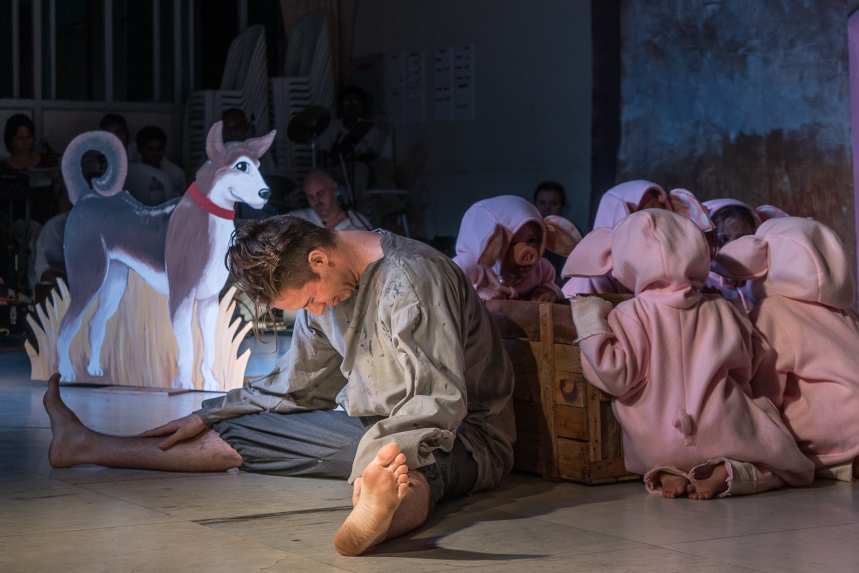 While his life situation was in no way funny, the song that went with it, and the way the actor played the role, made it a very funny scene. As a psychotherapist, I know when we are feeling down, if we start talking about the situation in really grandiose, i.e. exaggerated “Poor me” terms, we may start laughing. To me this song and scene are a good example of that. While I can’t show you the video, I can share the “Poor, Poor Me” song in addition to the photos above.

I know that listening to these songs and looking at the pictures will help me lighten up when I am feeling mopey and victimy in the future. I hope they do the same for you.

To see all of the posts in this Amritapuri series, click here.

3 thoughts on “Lighten Up!”